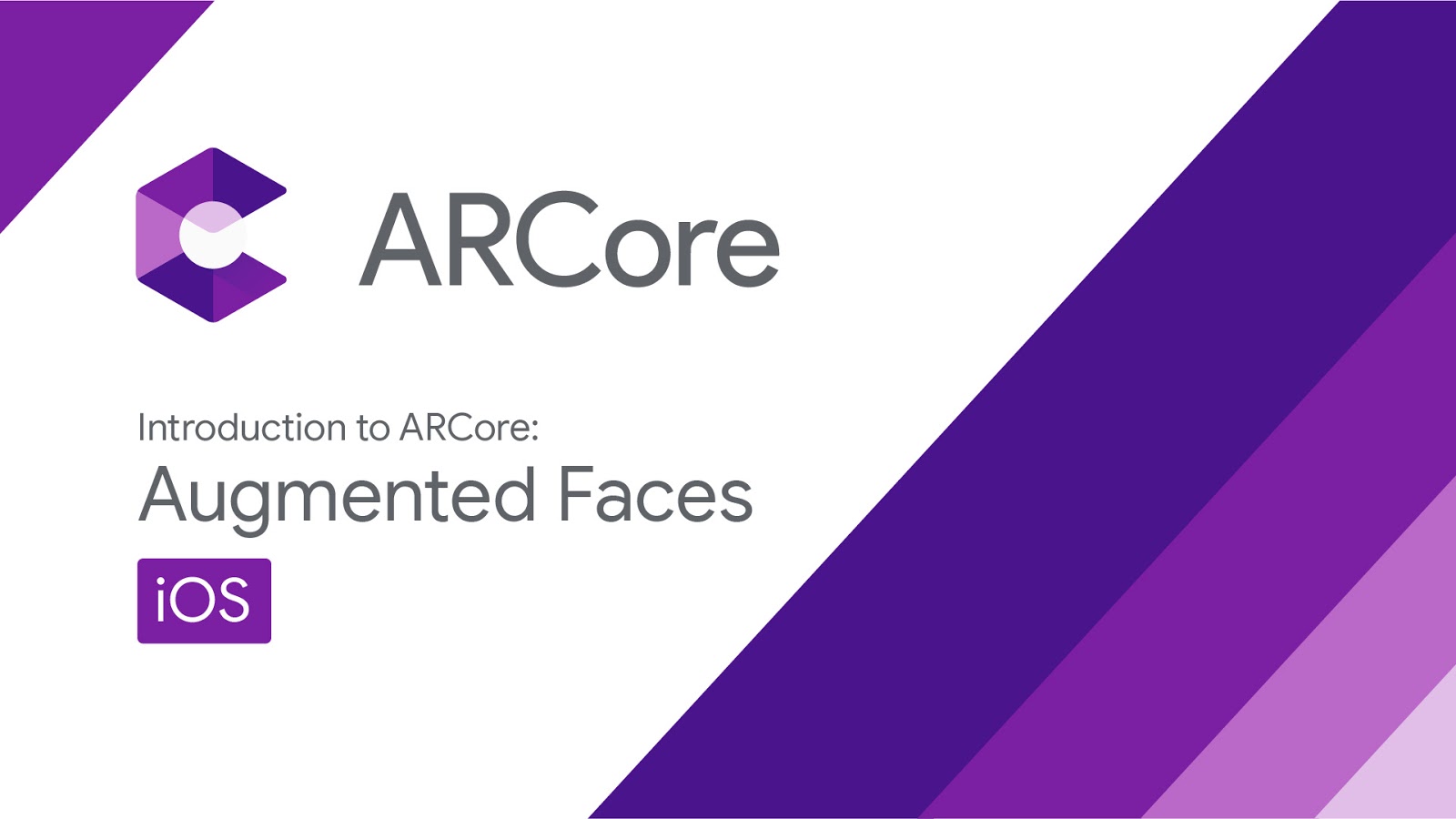 Earlier this year, we announced our Augmented Faces API, which offers a high-quality, 468-point 3D mesh that lets users attach fun effects to their faces â€”Â all without a depth sensor on their smartphone. With the addition of iOS support rolling out today, developers can now create effects for more than a billion users. Weâ€™ve also made the creation process easier for both iOS and Android developers with a new face effects template.

Last year, we introduced the Cloud Anchors API, which lets developers create shared AR experiences across Android and iOS. Cloud Anchors let devices create a 3D feature map from visual data onto which anchors can be placed. The anchors are hosted in the cloud so multiple people can use them to enable shared real world experiences. Cloud Anchors power a wide variety of cross-platform apps, like Just a Line, PHAROS AR and Spacecraft AR.

In our latest ARCore update, weâ€™ve made some improvements to the Cloud Anchors API that make hosting and resolving anchors more efficient and robust. This is due to improved anchor creation and visual processing in the cloud. Now, when creating an anchor, more angles across larger areas in the scene can be captured for a more robust 3D feature map. Once the map is created, the visual data used to create the map is deleted and only anchor IDs are shared with other devices to be resolved. Moreover, multiple anchors in the scene can now be resolved simultaneously, reducing the time needed to start a shared AR experience.

These updates to Cloud Anchors are available for developers today.

As we look to the future, weâ€™re taking steps to expand the scale and timeline of shared AR experiences with persistent Cloud Anchors. We see this as enabling a â€œsave buttonâ€� for AR, so that digital information overlaid on top of the real world can be experienced at anytime.

Imagine working together on a redesign of your home throughout the year, leaving AR notes for your friends around an amusement park, or hiding AR objects at specific places around the world to be discovered by others.

Persistent Cloud Anchors are powering Mark AR, a social app being developed by Sybo and iDreamSky that lets people create, discover, and share their AR art with friends and followers in real-world locations. With persistent Cloud Anchors, users can continuously return back to their pieces as they create and collaborate over time.

Mark AR is an app that lets people create and discover AR art in real-world locations.

Reliably anchoring AR content for every use caseâ€”regardless of surface, distance, and timeâ€”pushes the limits of computation and computer vision because the real world is diverse and always changing. By enabling a â€œsave buttonâ€� for AR, weâ€™re taking an important step toward bridging the digital and physical worlds to expand the ways AR can be useful in our day-to-day lives.

Weâ€™re currently looking for more developers to help us explore and test persistent Cloud Anchors in real world apps at scale, before making the feature broadly available. If youâ€™re interested in early access, you can apply here.